NAKAI KICHI IN: WE MAKE ANTIQUES 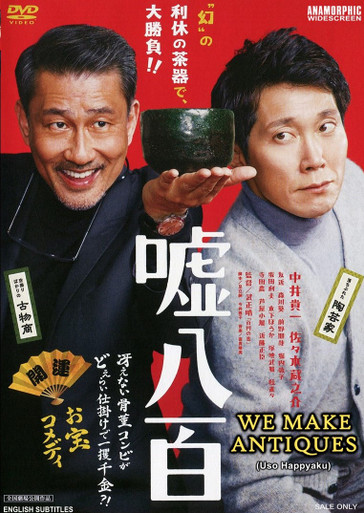 NAKAI KICHI IN: WE MAKE ANTIQUES

Hilarity results when an antique dealer called “Otter” finds a valuable teacup made by the 16th century Japanese tea master Sen no Rikyu when searching inside the storehouse of a rich family. Norio deceives the homeowner Sasuke to get it for almost nothing, but it turns out that Sasuke is a mere house-sitter and the teacup is made by Sasuke himself. When Otter learns that Sasuke used to be a hopeful potter derailed by an antique authenticator Otter himself has a painful history against, the two decide to make the gamble of a lifetime against the authenticator they both have a score to settle with. News of Rikyu’s personal teacup reaches all through Japan and brings historians and government officials to a nationally televised showdown with surprises and laughs galore.