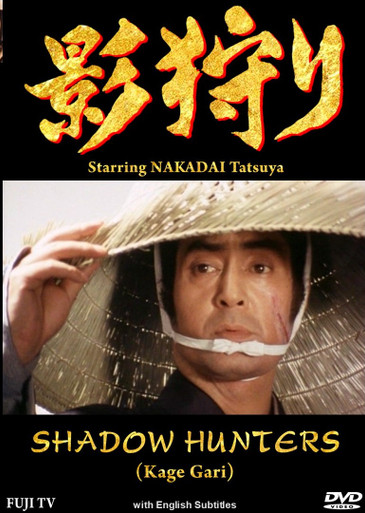 Nakadai Tatsuya’s gritty performance as Muroto Jubei, leader of the ”Kage Gari” (Shadow Hunters) highlights this new version of Saito Takao’s epic manga about the three ronin whose clans had been destroyed by shogunate agents (ninja called ”Shadows”) as the military government propped itself up by taking financially successful domains through the use of assassinations and subterfuge.

Jubei meets his past when after 5 years on the road he is confronted by the enemy whose father he had cut down and the clan’s chamberlain who had caused his downfall. The action is fast and furious as the 3 swordsmen must escort a young lord to Edo before his clan is taken over by the shogunate. Powerful and exciting this movie is not to be missed!