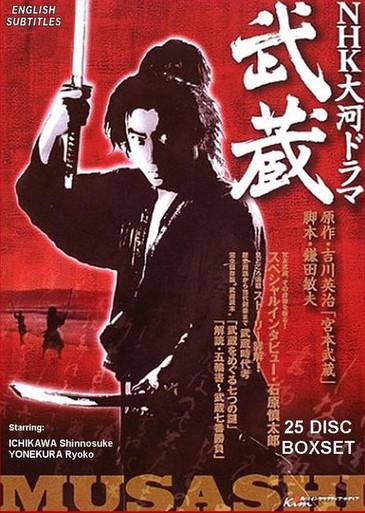 Yearlong Taiga Drama starring ICHIKAWA Shinnosuke
The story of Japan's greatest hero, the legendary swordsman Miyamoto Musashi is brought to life in this amazing Taiga Drama tracing him from the earliest beginnings through his most famous battles on into his later life.  So much more of his life, background, and the political and social situations in Japan can be told in a year-long series than in a feature film. Much of his story has never been told before. This is the ultimate in Japanese Samurai television.