MUSASHI: THE REAL MIYAMOTO MUSASHI BASED ON HISTORICAL FACTS 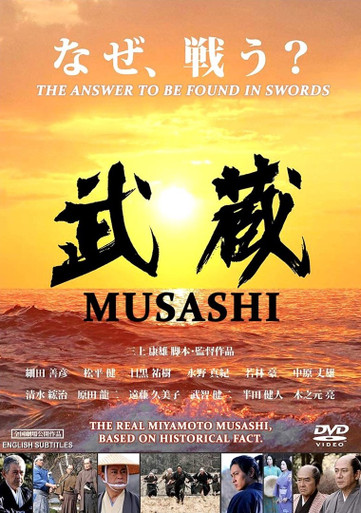 MUSASHI: THE REAL MIYAMOTO MUSASHI BASED ON HISTORICAL FACTS

MUSASHI - THE REAL MIYAMOTO MUSASHI BASED ON HISTORICAL FACTS

and MATSUDAIRA Ken as SASAKI Kojiro

From the team that brought you 2013’s “Bushido” (Shundo), comes the most exciting and historically accurate rendition of the life of legendary master swordsman Miyamoto Musashi. Based on historical facts, Musashi brings to life the major duels and hardships faced by Japan’s most famous samurai. From his early battles against the Yoshioka dojo, former instructors to the shogun, through the duel against Sasaki Kojiro, a match that captivated the entire nation this is truly the finest display of swordsmanship that could ever be hoped to be seen outside of a real-life fight with bare blades. Forced to battle over 70 members of the Yoshioka dojo, he would have to take the life of a child in order to prevail. His final duel with Kojiro has a new twist never before imagined in any previous telling. Featuring samurai superstar Matsudaira Ken as Kojiro. Spectacular swordplay beyond expectations make this the strongest version of Musashi life story yet!