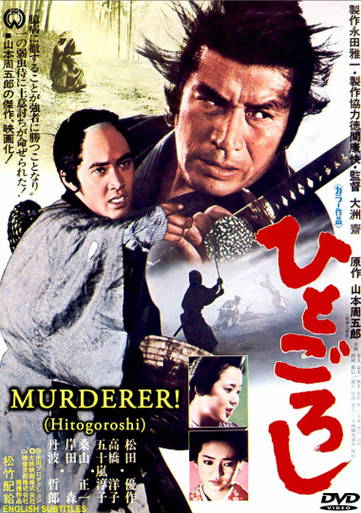 FROM THE PEN OF MASTER STORYTELLER YAMAMOTO Shugoro

From the pen of master storyteller Yamamoto Shugoro comes this unique tale of a cowardly samurai sent as an official executioner targeting the clan’s former sword instructor… a man whose sword and spear skills are second to none. Action star Matsuda Yusaku (Black Rain) plays against type as the cowardly assassin sent after samurai movie mega-star Tanba Tetsuro. It is all the result of a plot by one of the clan councillors who wants to rise in the clan hierarchy. Mixed with plenty of humor, as are all the works of Yamamoto Shugoro, this brilliant film is not to be missed!