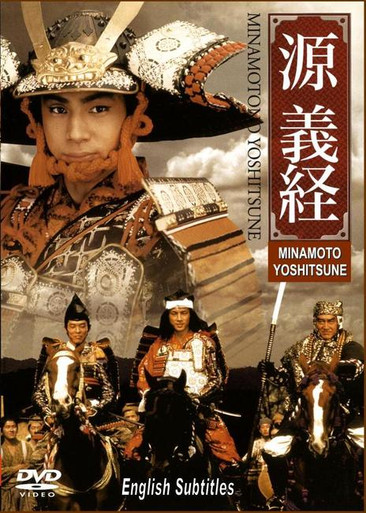 The life story of one of Japan's earliest heroes!

This is the story of the greatest of all Japanese military commanders Minamoto Yoshitsune, who led the Genji forces in the pivotal Battle of Dan no Ura against the Heike and defeated the Taira clan thus changing the course of history.  Starring Higashiyama Noriyuki in a brilliant portrayal of Yoshitsune, along with an all-star cast that includes major stars such as Chiba Shinichi, Matsukata Hiroki, Takahashi Hideki and Wakayama Tomisaburo this historical drama traces Yoshitsune's life rom his earliest beginnings as a novice priest through his great victories and ultimate betrayal by his own brother.  This is a masterwork that brings Japan's rich history to life.  Bonus: English subtitled 22 minute bonus “Making of Minamoto Yoshitsune”