MIFUNE TOSHIRO: RISE AGAINST THE SWORD 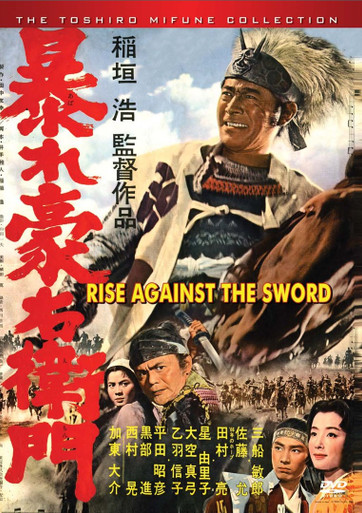 MIFUNE TOSHIRO: RISE AGAINST THE SWORD

MIFUNE TOSHIRO - RISE AGAINST THE SWORD!

During the Muromachi Era, the seven groups of Kaga, led by Abare Goemon, protect the peasants from the cruelties of the wealthy samurai class. Lord Asakura, a samurai, solicits the help of the Kaga for a clan war in which he is embroiled, and all groups except Goemon's agree to lend their support. To win over Goemon, Asakura has his daughter seduce Goemon's younger brother. When Goemon still withholds aid, Asakura orders the brother killed. As a result, all the Kaga join with Goemon in successful retaliation against Asakura.