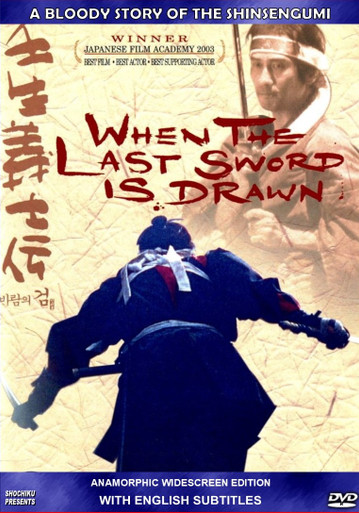 WHEN THE LAST SWORD IS DRAWN (Mibugishiden)

Tokyo 1899, a man and his ill grandchild come to a closed Medical Clinic. The doctor is moving and everything is a mess, but he will see the boy as a patient. Seeing needles, the child jumps back, knocking over a bunch of things from the desk. Among them is a photo of a samurai... The old man recognizes the picture, and a flashback brings us to the Shinsengumi dojo. The ultra violent story of the "Wolves of Mibu" has begun.