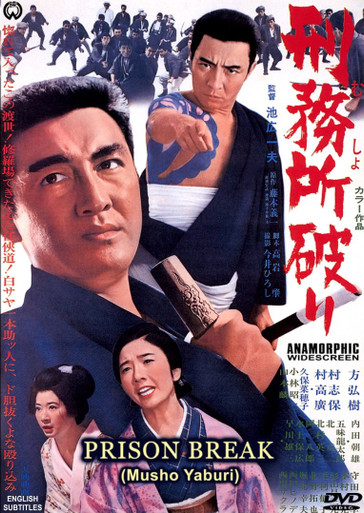 Right from the beginning of this 1930’s era yakuza tour-de-force spectacular fighting by the brilliant Matsukata Hiroki make this one of the bloodiest, most action-packed movies of all time.  Set up to be the patsy by a rival gang, Furuta Makoto attacks the yakuza boss he thinks is responsible for his father’s murder. He then learns it was all a plot to take over his father’s turf and he seeks vengeance against the puppetmaster behind the entire conspiracy His quest for justice leads him to prison where he must fend off the attack of a master assassin before he can make his escape and go after the true killer! Matsukata Hiroki’s best work in the yakuza genre is one of the most exciting motion pictures of all time!