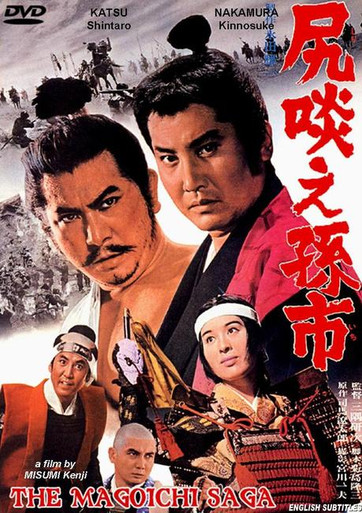 During the Sixteenth Century, Oda Nobunaga was gaining power with his right hand man Kinoshita Tokichiro at his side. Recognizing that guns win wars, Oda tries to enlist the aid of Saika Magoichi, a flashy samurai with exceptional 'Yari' (Spear) skills and his troop of gunners. Powerful performances by some of Japan's greatest actors highlight this historical drama from brilliant director Misumi Kenji. Katsu Shintaro as Lord Oda Nobunaga matches wits with Nakamura Kinnosuke as Magoichi, the one man that is not afraid of him. Not widely known out-side of Japan, this is a fine film with a rich tapestry of Japan and the people who united the nation.