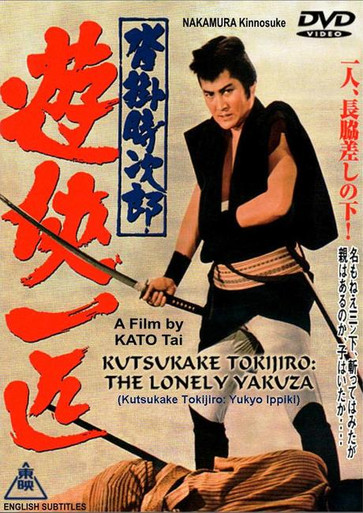 The timeless tale of Tokijiro of Kutsukake has been told many times, but this version brings a new look to the story as master filmmaker Kato Tai reaches new heights in his adaptation.  Tokijiro has the unfortunate ‘giri’ (duty) according to the code of the gamblers to join in the fighting when afforded a night’s stay and meals at the home of a town boss.  Though he dislikes killing, the strength of his swordsmanship will be tested time and time again in the bloody tale.  Powerful action highlights this movie as with other films by director Kato.  One of the best movies to come out of Toei’s studio in the mid-1960’s, this version is completely different from the earlier classic telling that starred Ichikawa Raizo, lending new depth to the character and bringing the true dilemma of a good man caught up in a bad system.