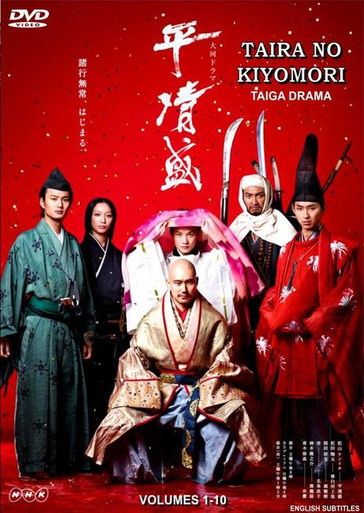 The 51st NHK Taiga drama recounts the life of Taira no Kiyomori (1118-1181), a general of the Heian period, who established the first samurai-based government in Japan.

During the late Heian era, a youth who did not know his birth parents was raised by the Heike (also known as the Taira), a samurai clan of emerging influence. Taira no Kiyomori (Matsuyama Kenichi) was in truth the illegitimate son of Emperor Shirakawa. With his adoptive father, Tadamori (Nakai Kiichi), he got rid of the pirates in the Seto Insland Sea, and was trained to be a samurai. In a period where the samurai were being discriminated by the aristocrats of the upper echelons of society, Kiyomori, who was adept at winning hearts and minds, controlled the pirates. He worked to reform the aristocracy, persisted with the way of life of the samurai and built up the mighty Taira clan (Nakamura Baijaku, Kamikawa Takaya, Fujimoto Takahiro, Daito Shunsuke). Before long, he rose from a senior courtier of the third rank to become the chief minister and the ruler of Japan.