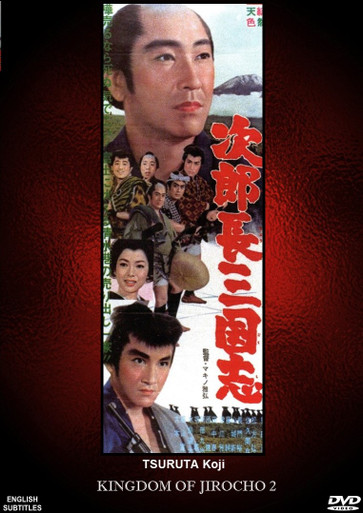 An all-star cast figures strongly in the tales of real-life yakuza hero Jirocho "Boss of the Tokaido." There have been many films done about this historical character, but these magnificent Toei movies are the definitive version of his life story. One of the finest sword actors in film, megastar Tsuruta Koji, gives an outstanding performance as the charismatic leader. Fighting battle upon battle, whether being attacked or on the offensive, this is the only true look at the power of the common people in an era of samurai rule. As life changes in Japan, we see the growth of the yakuza and their ultimate role in the evolution of Japan. Ultra-violent, yet considerate to those he cares about, Boss Jirocho is one of Japan's early heroes, and his story must be told!