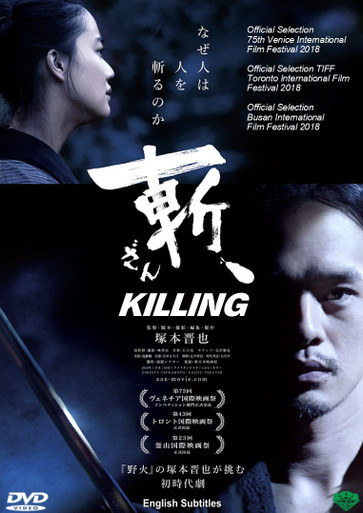 and TSUKAMOTO Shinya as SAWAMURA

Award winning filmmaker Tsukamoto Shinya’s stunning tale of blood, guts, and honor during the latter part of the Tokugawa shogunate is a literal tour de force. Tsukamoto, best known for his masterpiece “Tetsuo” is the writer, director, cinematographer, and co-star of this exploration of the relationship of a samurai to his sword. Exquisitely violent with a gripping story of the friendship between a young masterless samurai, and his sparring partner, a farm boy with dreams of becoming a samurai warrior. Premiered at the 75th Venice International Film Festival, it rocked the crowds with spectacular swordfighting scenes, the like of which haven’t been seen since the 1970’s! A swordsman who has never fought a duel to the death contemplates the act of killing in the name of freedom!

See the official trailer at: https://www.youtube.com/watch?v=4ISetFZ3-fI