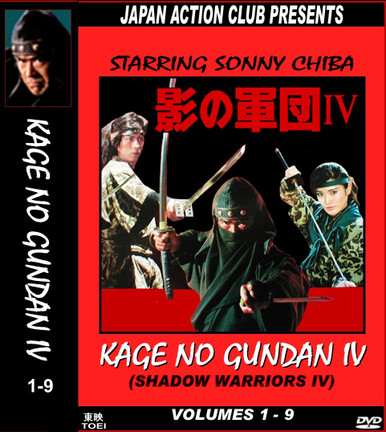 In 1651 during the Edo Period the 11-year-old Ietsuna becomes the 4th Shogun leading his influential chief retainers to plot against each other to take the reins of power. The Hattori family a clan of Iga ninja who were former vassals and protectors of the previous shogun, Tokugawa Ieyasu have since fallen from grace. Their third-generation ancestor Hattori Hanzo (Chiba Shinichi) is now working as the master at public bathhouse in Edo City. Shiomi Etsuko, Sanada Hiroyuki and Oba Kenji co-star in this series. The authentic martial arts action is supplied by the JAC (Japan Action Club).