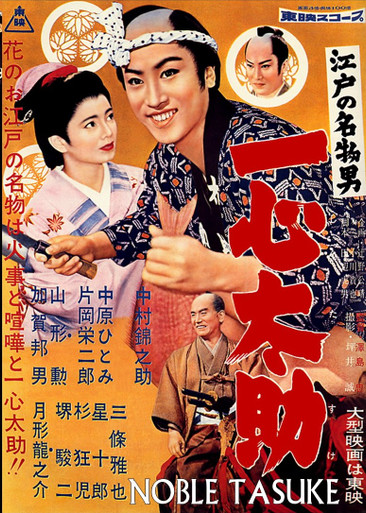 The story opens in October of 1624 when the newly appointed Shogun Iemitsu visits the famed Kan-ei temple. On his way the procession is disrupted when a small child runs into the street, a crime punishable by execution. One man steps forward to save her life by putting his on the line. Brave and compassionate, Isshin Tasuke, a spirited fishmonger from Edo, has come into the limelight as a hero of legendary proportions. His uncanny resemblence to Shogun Iemitsu will lead to many adventures that formed one of the great series in Japanese cinema. With his intelligence and personality, Tasuke seeks to intervene in the struggle between opposing factions in the Shogun's Ruling Council.