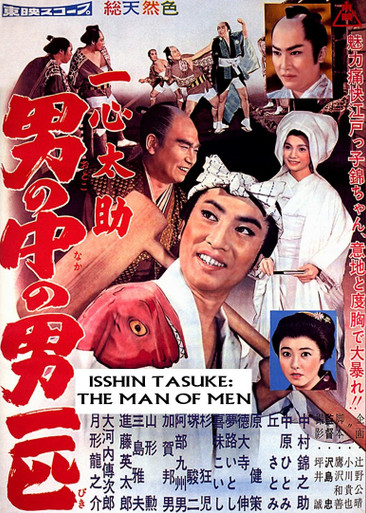 In the third entry into this mega-hit series, Isshin Tasuke, a spirited fishmonger in Edo who looks just like Shogun Iemitsu undergoes a series of unforeseen troubles in his newly wedded life. Loaded with action and humor, this is one of Nakamura's most popular roles and helped to define the character. As an "Edokko" (native of Edo) Tasuke is known for his short temper, bad mouth, and willingness to fight. He also possesses a genuine humanity, is quick to tears, and is a bit of a busybody who loves helping people.