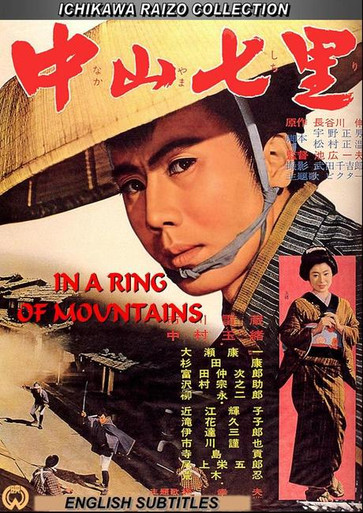 Another rare gem of a movie starring the late Ichikawa Raizo as a traveling gambler who takes a job as a lumberjack in the mountains near Edo during the samurai era. When he and his Boss vie for the same woman it’s bound to lead to trouble. After a corrupt official stages a false raid of a gambling parlor, causing the players to leave their money on the table while making good their escapes, Masakichi decides to teach them a lesson which leads to more problems. When he winds up helping a young couple in peril his past comes back to haunt him. Filmed in glorious black and white, this unique story is filled with many surprises and  strong swordplay.