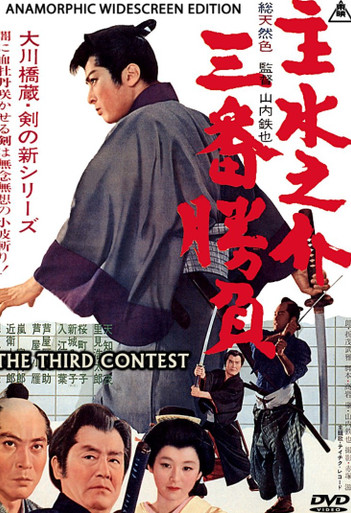 When Mondonosuke, a young sword student has a bad dream about his sensei being killed in a duel, he takes it upon himself to return to Edo and see if his teacher needs help. In the three years since he left Edo, he has mastered the secret sword style "Sadanami-giri", that was originated by Sir Ikkaku, who had taken Mondonosuke under his wing after the young man had been expelled from Master Katakura Ikkansai's "Tenchi Jinen Dojo." This is perhaps the finest film performance by noted samurai actor Okawa Hashizo, the most popular of all Toei film stars. Expertly staged swordfights and an intelligent story make this an exciting motion picture that you cannot miss!