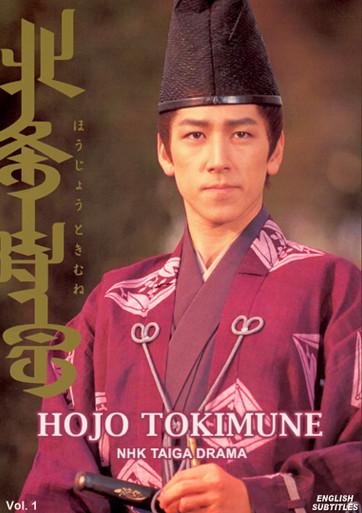 The 2001 taiga drama features, for the first time, a historical figure from the Kamakura Era. Our hero is Hojo Tokimune whose short, yet glorious life
epitomizes the tempestuous events that rocked the period. Tokimune succeeds his father as the regent when he is only 18, but matures into an energetic, capable leader who guides his army in repressing Kublai Khan and the Mongol invasion. IZUMI Motoya, the 20th headmaster of the House of Izumi, a Kyogen
dynasty, leads an all-star cast including WATANABE Ken, ASANO Atsuko, TOAKE Yukiyo, FUJI Sumiko, KITAOJI Kinya, WATABE Atsuro and KIMURA Yoshino.