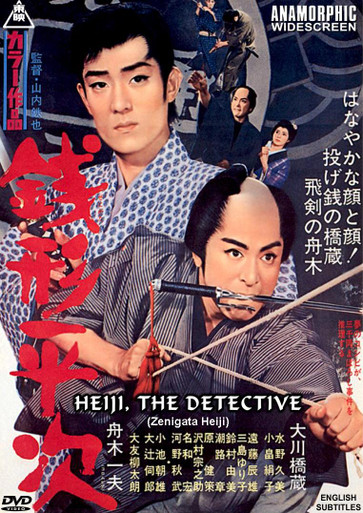 In one of his signature roles, Okawa Hashizo stars as Zenigata Heiji, the son of a police officer who disowned young Heiji due to his gambling addiciton. However, he decides to follow in his late father's footsteps after his employer's body is found as part of an apparent double-suicide. Heiji decides to investigate the case because the evidence shows a double murder. This film introduces one of the most popular characters in Japanese entertainment, Zenigata Heiji, who is best known for the long running television series about the Edo detective famous for his ability to throw coins as weapons when capturing criminals.