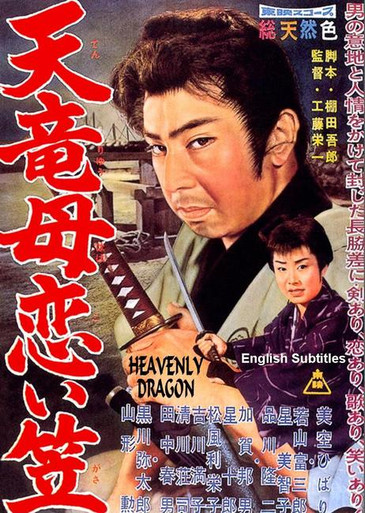 From the opening theme song to the grand finale, you know that you have found something special as this exciting movie stars the great Misora Hibari in one of her most memorable perfor-mances as she plays Shintaro and Oharu, a brother and sister, the children of a lumber dealer who had been murdered by the evil boss Kumagoro who plots to take over Shintaro's family business with the help of a corrupt deputy who has fooled the family into believing that he is on their side. This is not the usual lightweight type of film you'd expect from this cast, but something much better verging on a genuine classic!