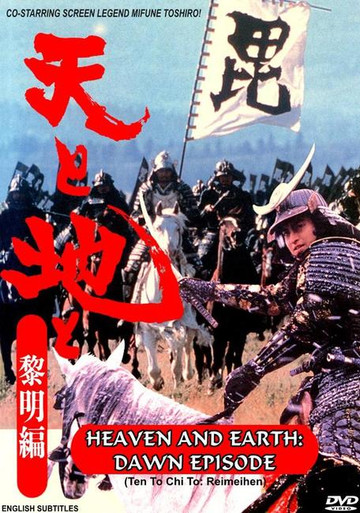 (Ten to Chi to: Reimei-hen)

Some of the greatest battles during the Age of Civil Wars were fought between the Uesugi and Takeda clans. Leading up to them was the incredible life of Uesugi Kenshin, who rose from a son out of favor with his father, Nagao Tamekage, brilliantly portrayed by Mifune Toshiro, to become one of Japan’s foremost military strategists. Produced as a companion piece to his theatrical hit Heaven and Earth, Kadokawa Haruki brings this true tale of honor and betrayal in a war-torn nation to life.