HAWK OF THE NORTH 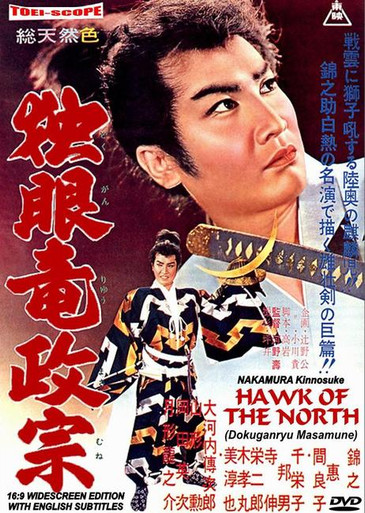 HAWK OF THE NORTH

The story of Date Masamune, also known as the One-Eyed Dragon, one of the great Warlords during Japan's period of civil wars.

During the latter part of the 16th Century, Japan's Warring States era was coming to a close. While Toyotomi Hideyoshi as regent had basically taken control of the country, wars still raged on in the north. The "Hawk of the North" Date Masamune, a daring young warrior, had crushed almost all of his enemies in the region. Then setting his eyes on Hatakeyama's lands the young warlord was about to face his greatest challenge. Ripped from the pages of Japanese history, this exciting motion picture is filled with giant battle scenes and bloody swordplay. This is one of the greatest epics from the last days of  civil war, as Japan headed for the generation of peace that was to follow.