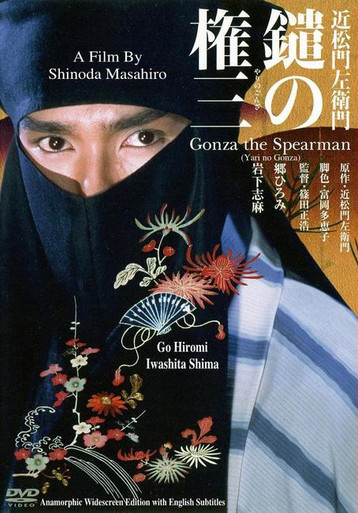 One of the world's greatest filmmakers, Shinoda Masahiro, brings us the tragic tale of a Tokugawa era samurai caught up in a web of deceit from the play by the "Japanese Shakespeare," Chikamatsu Monzaemon.


During the Tokugawa shogunate in the early 1700's, Japanese provincial lords (daimyo) were obliged to spend alternate years in Edo, the capital city.  Wives and children were left behind; and this often resulted in tragedy.  Such is the case in Shinoda Masahiro's naturalistic adaptation of a noted 18th century play entitled "Yari no Gonza Kasane" (Spearman Gonza's Illicit Love).  This classic tale of love, honor, and tragedy was written by the well-known playwright Chikamatsu Monzaemon (1653-1725), often referred to as "the Shakespeare of Japan."The handsome, ambitious Sasano Gonza is one of the Matsue clan's most talented lancers.  Although he is secretly engaged to the sister of Bannojo, one of his fellow retainers, Gonza agrees to wed the daughter of his tea master to better his position. Unaware that Bannojo is seeking an affair with their master's wife, Gonza agrees to meet her in the dead of night to view the secret scrolls that detail the intricate tea ceremony that Gonza must perform in his master's absence.  This leads to a most dire situation that brings about tragic consequences as the rigid social morality and code of honor of old Japan are ultimately served in the bloody finale. "Gonza the Spearman" is an extremely realistic and pictorially beautiful film.