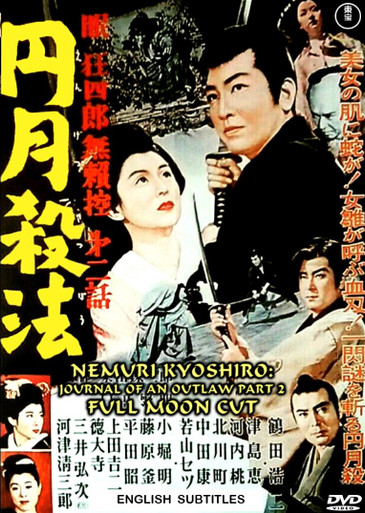 Based on the first Nemuri Kyoshiro novel by Shibata Renzaburo, Journal of an Outlaw Part 2 continues the tale of the master swordsman and the two decapitated hina dolls that hold the key to the shogun’s power. Megastar Tsuruta Koji reprises his role as the nihilistic swordsman with his own unique set of principles and amorality. Set during the reign of Shogun Ienari (1840’s), the 11th Tokugawa shogun Japan was torn with political unrest. Calls for revolution from enraged citizens filled the air...

The desperate search for the two dolls heads in on, but they have been separated.

One is in the hands of the lovely Mihoyo, a woman in love with Kyoshiro. In the wrong hands, the heads of a male and a female doll could start a war and change Japanese history forever. Can Kyoshiro’s ”Full Moon Cut” save the nation from civil war?