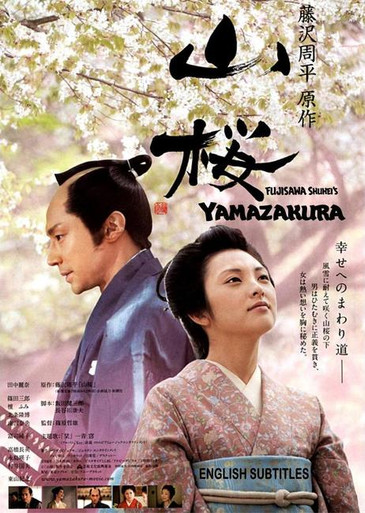 Yamazakura - The Cherry Tree in the Hills

Brilliant tale from the writer of today's most popular samurai stories, including "Twilight Samurai", "The Hidden Blade", "Love & Honor" and "The Samurai I Loved".

Based on a short story written by Fujisawa Shuhei (who also wrote Twilight Samurai, The Hidden Blade, Love and Honor), this film depicts the uneasy life of Isomura Noe (Tanaka Rena) with the difficult family she has married into after her former husband passed away. One day as she tries to break off a branch of a cherry tree, she is aided by a samurai whom she does not recognize, but who recog-nizes her. He turns out to be a former suitor that she never met named Tezuka Yaichiro (Higashiyama Noriyuki) and who teaches swordsmanship to the local samurai. Meanwhile, the powerful new chief retainer of the village enacts land policies that threaten the survival of the local farmers.