FUJISAWA SHUHEI'S AFTER THE FLOWERS 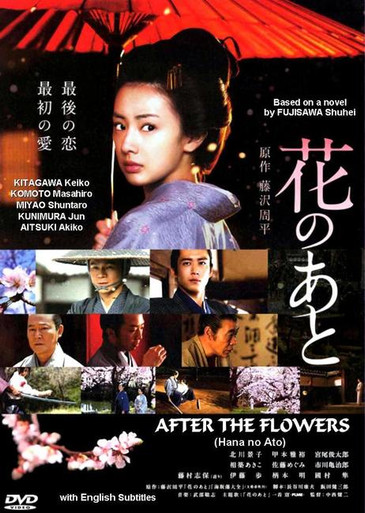 FUJISAWA SHUHEI'S AFTER THE FLOWERS

Another superb motion picture based on a story by FUJISAWA Shuhei, mixing great swordfighting with a realistic view of Japan during the samurai era.


AFTER THE FLOWERS (Hana no Ato) is based on Fujisawa Shuhei's novel of the same name, and starts Kitagawa Keiko as Oito, the daughter of a clan official, who has learned fencing skills from her father. She meets Magoshiro, a low-ranking samurai who is also known as a highly-skilled swordsman beneath a full bloomed cherry tree just after the annual flower viewing. She had challenged and beaten all the other students in his dojo on a day that he was not there.  They agree to meet for a match. The two expert sword students face off in their only meeting which ultimately leads to a bloody upheaval in the clan as treachery of the worst sort must be destroyed!