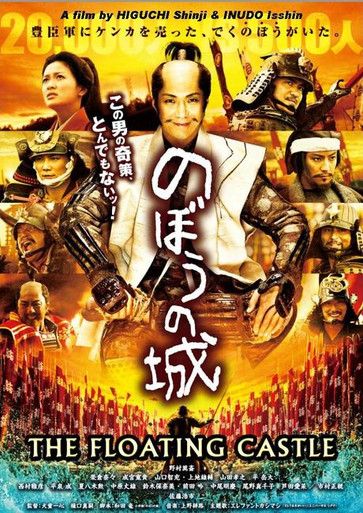 THE FLOATING CASTLE (Nobo no Shiro)

This award winning movie is loosely based on the siege of Oshi Castle, where Regent Toyotomi Hideyoshi’s army of 20,000 was unable to defeat the castle’s 500 defenders. Led by the beloved Lord Nagachika whose clumsiness hid a sharp intellect and tenacious nature, this was Hideyoshi’s only failure. Helped by Lord Nagachika’s humorous attitude the castle’s defenders repelled attack after attack before the regent’s forces decided to flood the castle with special effects so realistic that the film’s release was delayed for over a year after the tragic tsunami that hit Japan. This movie also features one of the last performances of the great Natsuyagi Isao best known for his powerful performances in many classic films of Gosha Hideo!