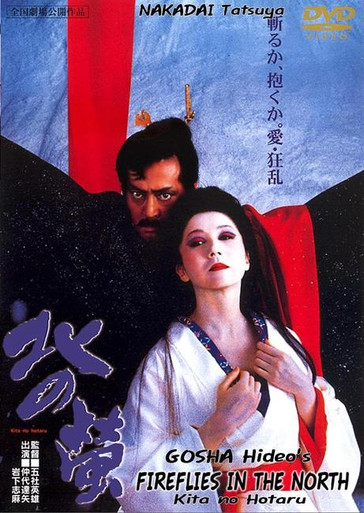 This is one of Gosha Hideo's last great movies before entering into his "Women's Films" stage. Set in the frigid wilderness of Hokkaido during the early days of the Meiji era, this film stands out for its mixture of brutality, sexuality, romance, and bloody violence. Nakadai Tatsuya stars as the brutal warden of Kabato Prison, where the convicts were sen-tenced as forced labor to build the roads needed to open up the territory. All the elements of his greatest films are here, from vicious catfights to brilliant sword action and a plot that's filled with twists and turns like no other. Just when you think it's over, there are more surprises in store!