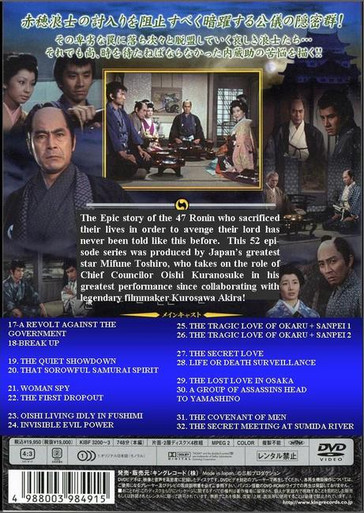 The tale of the 47 Ronin is Japan's most famous historical event, and the subject of many films and television shows.  This is the ultimate version, with each episode basically a mini-movie from the same people who made most of KUROSAWA Akira's classic films.
ON SALE FOR A LIMITED TIME!!!
Starring: MIFUNE Toshiro
TANBA Tetsuro
WATARI Tetsuya
AMACHI Shigeru
TAMURA Masakazu
NAKAMURA Kinnosuke