EDOGAWA RANPO'S BEAST IN THE SHADOWS 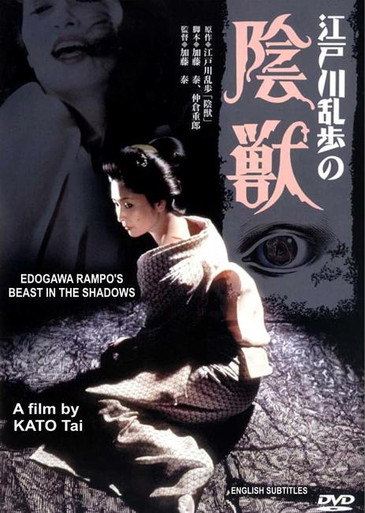 EDOGAWA RANPO'S BEAST IN THE SHADOWS

EDOGAWA RAMPO’S BEAST IN THE SHADOWS

Multiple murders, red herrings and sadomasochistic sex are the order of the day in this ground-breaking mystery from Edogawa Rampo, Japan's foremost writer of suspense novels. The year is 1930 and the chance meeting of a novelist and one of his fans opens the door to a series of mysterious events culminating in the death of a wealthy industrialist who may have been leading a double life. Aoi Teruhiko and Kayama Yoshiko star along with two of Japan's most famous and highly respected actors, Otomo Ryutaro and Wakayama Tomisaburo. In a departure from the samurai genre in which he made his name this is director Kato Tai's masterpiece. A true work of cinema art comes to life in this deadly tale of love and betrayal! (original US release title: ”A Scream From Nowhere”)