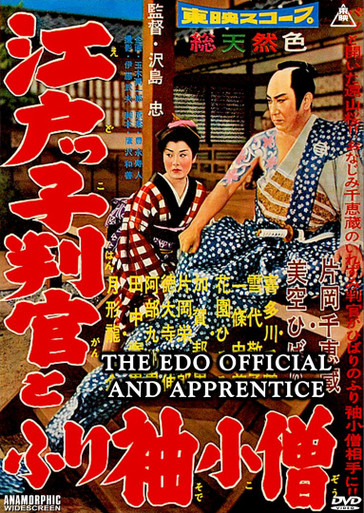 It's an extravaganza of entertainment as famous magistrate in disguise, Toyama no Kinshiro attempts to confront the elusive thief known as the "Long-Sleeve Burglar". Played to the hilt by Misora Hibari in a delightful performance highlighted by singing, dancing, and swordplay with a unique story within a story twist that starts to unfold in the city jail as a playwright is brought into custody and meets the famed Long-Sleeve Burglar himself. Misora Hibari is totally captivating in this gender bending role as the famed thief whose expoits can only be stopped by the great Kinsan himself!