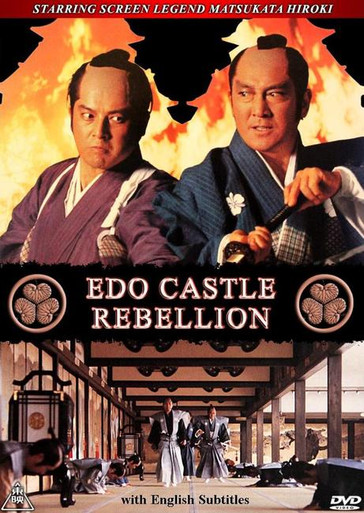 The early days of the Tokugawa shogunate are brought to light in this exciting historical tale of broken vows and violent swordplay. In an ambush reminiscent of Miike’s 13 Assassins, although pre-dating that incident by 160 years, the heir to the shogun’s seat is brutally cut down by those who hope to install the emperor’s 5th son as military leader of the nation. A cast of big-name stars led by Matsukata Hiroki and Tanba Tetsuro bring their acting and action skills to the forefront.  This made for television movie is directed by internationally renowned filmmaker Masuda Toshio (Tora! Tora! Tora!), whose record breaking box office success in Japan makes this a film that highlights a little known incident that helped change Japan’s future.