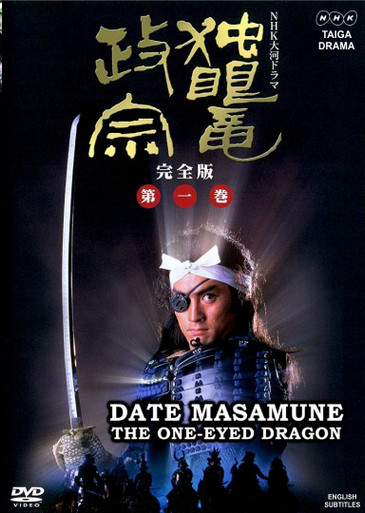 
The 25th NHK Taiga Drama is Date Masamune – The One-Eyed Dragon!. Telling the life story of one of Japan’s most powerful warlords who survived the ”Era of Warring States” while overcoming the handicap of losing the sight of one eye. From the birth of Masamune to his final days, his amazing journey faced many obstacles, not the least of which were the big three warlords who had unified the nation... Most of all Toyotomi Hideyoshi, portrayed by superstar Katsu Shintaro who pays a surprise visit to Masamune’s domain while he is away.

This NHK taiga drama brings to life the passion and glory of these men who lived during the most turbulent time in Japan. Full of pathos, this action-packed series is not to be missed by chambara fans and anyone with an interest in Japanese history