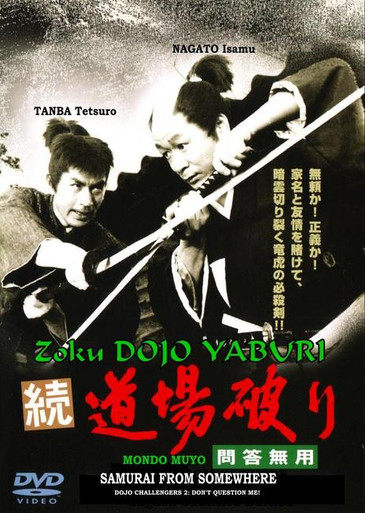 This brilliant motion picture is also based on the writings of Yamamoto Shugoro.  It tells the story of Young Lord Takenaka who stands to succeed his father until a series of violent actions lead his retainers to think that he has gone mad with blood-lust.  Never offering any explanation, he continues his seemingly unprovoked attacks until he is sent away from his domain.  The secondary title "Mondo Muyo" translates roughly as "no need for questions and answers" or in effect "Don't waste your breath asking why".  There is superb action throughout and regardless of his bloody actions, Takenaka presents a sympathetic persona.  The grand finale brings the reasons for his crimes out as a revelation unlike anything ever seen in a samurai film.  This is Japanese cinema at its finest.