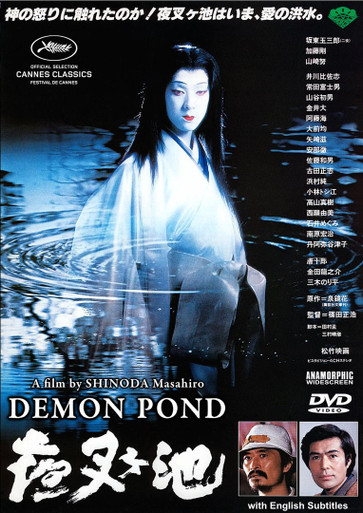 In a remote mountain village of Northern Japan, the inhabitants suffer from a severe drought while just above the village a river cascades freely. A young Tokyo scholar uncovers a local legend which holds that the river has as its source a haunted pond, wherein the Dragon God is sealed. Each day, a sacred bell is rung to prevent the Demon Pond from releasing its angry demons and washing away the town. According to the Japan Society, this is the most lavish production in Japanese film history, with famed Kabuki ”Onnagata” (female impersonator) Bando Tamasaburo in dual female roles as a beautiful woman and the embodiment of the Dragon God!