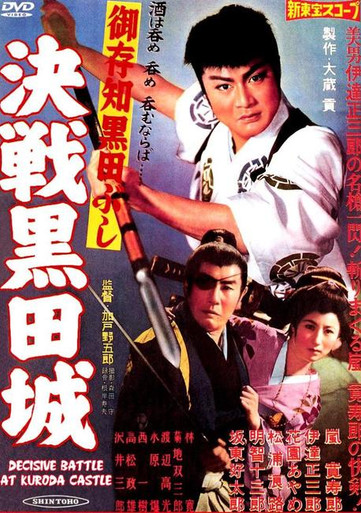 After the massacre of Christians at Shimabara, followers of Amakusa Shiro band together in a plot to overthrow the shogunate in order to exact revenge on the Tokugawa. At the same time there is a succession dispute in the Kuroda clan, as one faction tried to usurp the rightful heir and take over the honored clan. Before his untimely death, the lord of the Kuroda bestowed “Nihongo” a magnificent spear on his finest warrior, which ultimately brings him into contact with two of Japan’s most famous historical figures, Yagyu Jubei and Miyamoto Musashi. Can the three masters of martial art join forces to defeat their enemies and save the nation?