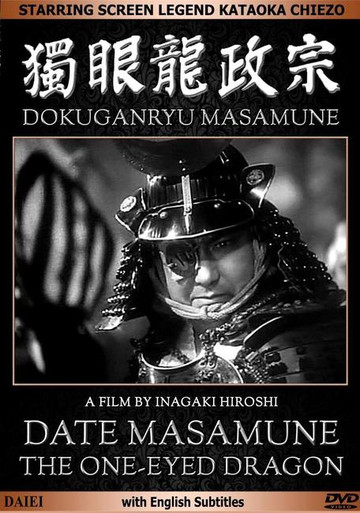 Courtesy of Ichiban
IN STOCK, READY FOR IMMEDIATE SHIPPING!

A Film by INAGAKI Hiroshi

Long thought to be one of the lost treasures of Japanese cinema that had been destroyed by MacArthur’s Occupation forces, this brilliant portrait of  samurai warlord Date Masamune has recently been found and restored to its original form in a digital print that brings this classic tale to DVD with English subtitles. From his early youth as an aggressive warrior, through battles upon battles until he had subdued virtually all of his enemies, only to fall short of taking over the country because he had been born too late this is an exciting and valuable motion picture. Great warlord action abounds throughout with a story that must be told!