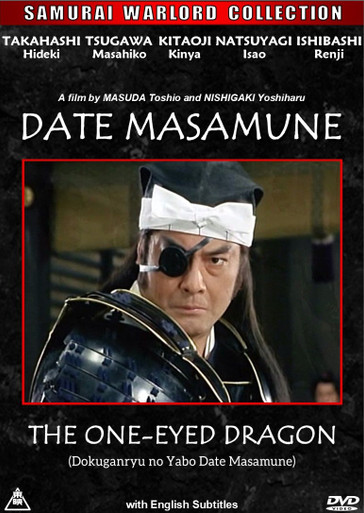 Young Masamune upon learning of the death of Nobunaga decides that he is the man to fill those sainted clogs. The fastest way to do this is to subjugate the neighboring warlords. This is an action that results in the death of his father and younger brother and not the least brings him to the attention of Hideyoshi and not in a good way either but intervention by the regents nephew Hidetsugu and Maeda Toshiie save his neck although he is forced to move to a smaller fief and send his wife to Kyoto as hostage. Although curbed of his lofty ambitions his friendship with Hidetsugu again lands him in hot water when Ishida Mitsunari arranges the downfall of the unfortunate Hidetsugu, Toshiie and Ieyasu save his neck and the flamboyant young warlord is sent to Korea where he wins great honors. Upon his return Hideyoshi is dead and Masamune allies himself with Tokugawa Ieyasu thus assuring the survival of the Date family. An amazing story from beginning to the end!