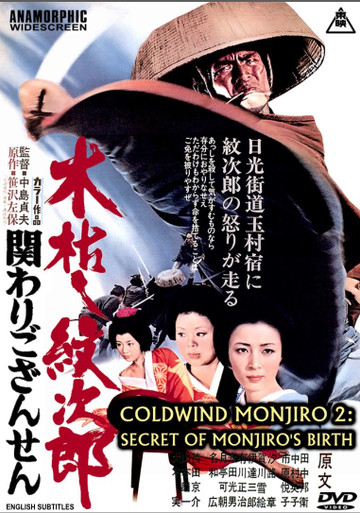 With no allegiance to any gangland boss and wandering throughout Japan in a sedge hat with a long toothpick dangling from his lips, Kogarashi Monjiro has long been a major figure in Japanese folklore. This masterful swordsman has a rich history dating back to his childhood when he was allowed to live because it was the shrine festival when killing is forbidden. This full-length movie portrayal by Sugawara Bunta is far superior to the watered down television version with brutal bloody violence and a gripping tale of adventure, betrayal, romance and ultimately a spectacular finale. This samurai period yakuza film is one of the finest to grace the genre. Not to be missed!