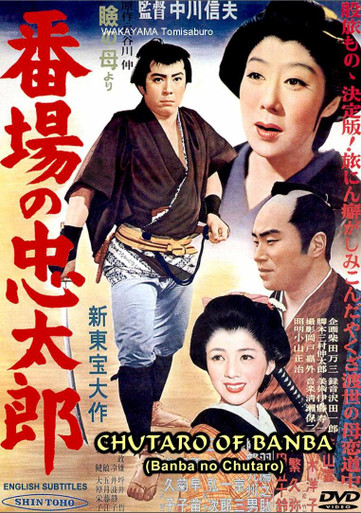 SPECIAL PRE-ORDER SALE AT A 25% DISCOUNT!

Based on the play ”Mabuta no Haha” by famed author Hasegawa Shin, this is the first major starring role for Wakayama Tomisaburo. This heartfelt story concerns a wandering gambler from Banba by the name of Chutaro. Set during the Tenpo Period, Chutaro runs afoul of Boss Sukegoro of Iioka, prior to the great showdown that formed the centerpiece of the first Zato Ichi film. Pursued by vengeance seeking swordsmen, Chutaro displays his phenomenal martial art skills, much as a preview of his internationally famous Baby Cart series. Abandoned as a child, he seeks to find his long lost mother, while at the same time fighting off numerous attacks by Iioka’s men.