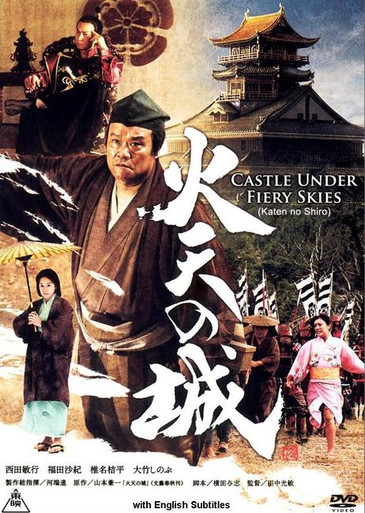 Directed by: TANAKA Mitsuyoshi
The brilliantly told tale of how Azuchi Castle was built for Japan's great warlord Oda Nobunaga!  At the time it was built in the mid-16th Century, this structure was the 8th Wonder of the World!

Set during a period when Japan was in a state of turmoil and war, this is the astonishing true story of how Okabe Mataemon, a commoner, was commissioned by Japan's greatest warlord, Oda Nobunaga, to build Azuchi Castle, a structure so massive it took up an entire mountain. From the competition to find the architect who could create a 5 layer, 7 story castle keep, through the problems encountered in building it, this amazing tale of courage and honor is not to be missed! Oda Nobunaga was a leader with the grandest of ambitions, and his castle was to reflect that along with being an impregnable fortress. As Oda said, "Building a castle is the same as building a nation."