CASTLE OF FLAMES - THE JAPANESE VERSION OF HAMLET 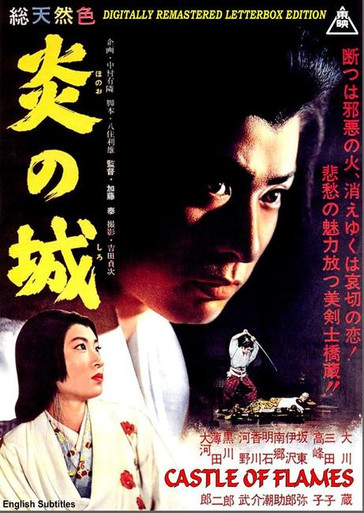 CASTLE OF FLAMES - THE JAPANESE VERSION OF HAMLET

CASTLE OF FLAMES – THE JAPANESE VERSION OF HAMLET

PRESENTED IN COOPERATION WITH ICHIBAN

Hamlet, the best of Shakepeare's plays has been seamlessly transformed into an exciting samurai film by one of Japan's greatest filmmakers, Kato Tai. With superstar Okawa Hashizo in the lead, Castle of Flames is the movie that Kurosawa Akira missed out on making. Staying true to the Bard's original vision, this is highlighted by one of the finest swordfights that Toei ever put on film. This amazing motion picture proves that sometimes even the greatest classics, such as Hamlet can be improved upon with the right combination of talented scriptwriters and actors.  Okawa Hashizo shines as the young lord in the grips of tragedy beyond compare.