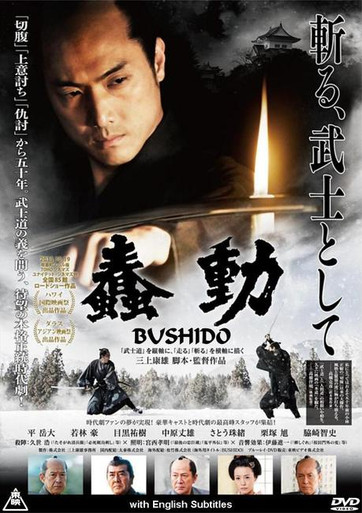 Written and Directed by:  MIKAMI Yasuo

During the reign of the 8th shogun, Tokugawa Yoshimune, the western part of Japan suffered a severe famine in the year 1732.  Three years later, as things seemed to be getting better, the shogunate appeared to be plotting to abolish some of the “Tozama” or outside clans who had sided with the Toyotomi during the warring states period by driving them into bankruptcy. Fearing that their secret stash of rice would cause the clan’s downfall, they seek a solution that would allow the domain to survive. Complications lead to a massive sword battle performed in the most realistic manner ever filmed.  This magnificent motion picture hearkens back to the golden age of Japanese cinema rivaling some of the greatest classics of all time!