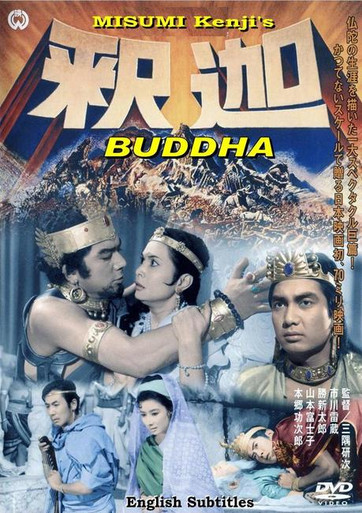 Misumi Kenji’s epic masterpiece tells the story of Prince Shaka, who went on to become one of the great spiritual leaders in world history as Buddha.  Created on a grand scale to match the success of Ben Hur and the other biblical epics being filmed at the time this is a thrilling work of art with a terrific story of how Prince Shaka (Hongo Kojiro) was able to overcome so many obstacles after leaving his life of privilege to seek spiritual satori.With an amazing cast featuring many of Japan’s top movie stars this was a major effort on the part of Daiei Studio. While Katsu Shintaro lobbied for the lead role, which was landed by Hongo Kojiro, Katsu’s portrayal of the evil Devadatta stole the show!