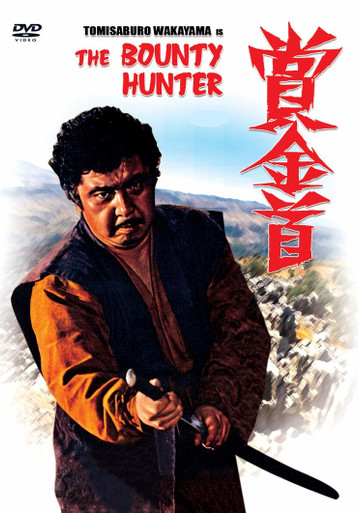 and OTOMO Ryutaro as Matagoro

Continuing the adventures from the film series, Shikoro Ichibei is back with his cache of unique weapons and the quickest sword in all Japan. Having worked directly for the shogun in the past, he now runs a school in his secret identity as an educator. Meanwhile he takes on secret missions as ”The Bounty Hunter” (Shokin Kasegi). The touches of humor during the scenes around the school disappear once Ichibei takes on a contract. Powerful swordplay and brutal violence highlight these episodes as Japan’s greatest sword star Wakayama Tomisaburo stands tall against all odds in this dynamic television series.