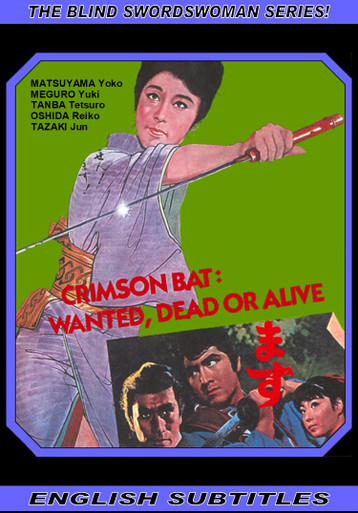 It's cross and double-cross as bounty hunter Oichi, the Blind Swordswoman known as the Crimson Bat finds a price on her head! She not only has to cross swords with some of Japan's most evil villains, but must also contend with the brilliant swordplay of the great Tanba Tetsuro, one of the most notable actors in Japanese Cinema.

Also on board is MEGURO Yuki, who not only co-starred in SHOGUN, but was Yagyu Jubei's younger brother Samon in the long running Yagyu Conspiracy TV series. This is one of the most exciting and suspenseful entries in this action packed series.