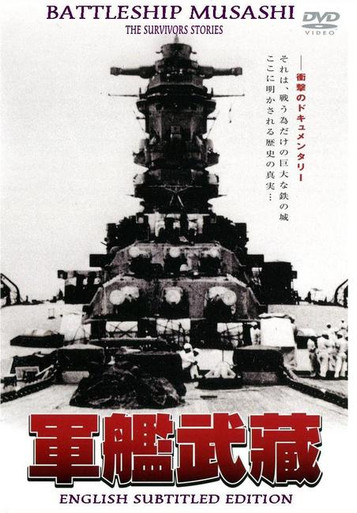 This is the story, told in their own words by the survivors of the ship about their experiences aboard, the US attack and subsequent sinking, evacuation, rescue and the aftermath... Where in many cases it was even worse...
These are the stories of bravery against all odds.

Sunk: 24 October 1944 in the Sibuyan Sea by multiple attacks of US Navy dive bombers and torpedo planes

Musashi (???), named after the ancient Japanese Musashi Province, was a battleship of the Imperial Japanese Navy during World War II and flagship of the Japanese Combined Fleet. She was the second ship of the Yamato-class. She and her sister ship, Yamato, "were the largest and most powerful battleships ever built",[5] displacing 72,800 long tons (74,000 t) fully loaded, and armed with nine 46.1 cm (18.1 in) main guns.

Constructed from 1938–1941 and formally commissioned in the summer of 1942, Musashi served as the flagship of Admirals Isoroku Yamamoto and Mineichi Koga in 1943. Throughout 1943, Musashi remained within the naval bases at Truk Lagoon, Kure, and Brunei, transferring between them several times in response to American airstrikes on Japanese island bases. Musashi was sunk on 24 October 1944 by American carrier aircraft during the Battle of Leyte Gulf.