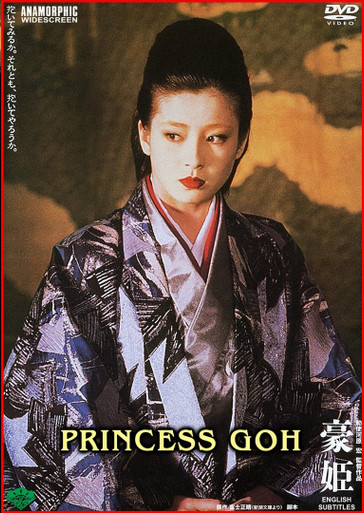 and MIKUNI Rentaro as Junai

It is a rare moment when motion pictures become fine art, and filmmaker Tetsugahara Hiroshi stands tall as an artist who has done it time and again. This, his final film, is his ultimate masterpiece. Bringing to an end the legacy of Rikyu, Japan’s greatest tea master, as the torch is passed to his disciple the young grandiose Lord Furuta Oribe (Nakadai Tatsuya). Princess Goh, Hideyoshi’s rebellious daughter, forms a bond with the young tea master as they work to restore proper respect to the late Rikyu, whose head has been put on display in the most shameful manner by the tyrannical Hideyoshi. Winner of multiple awards from the Japanese Academy brings the career of a great artist to a fitting close.